RILEY COUNTY, Kan. (WIBW) -- The wife of an Army soldier accused of opening fire with a rifle outside of a Manhattan party and murdering a 21-year-old man says her husband was not the same after being deployed overseas.

The state rested its case Wednesday in the trial of Daniel Parker, 27, but not before calling the defendant's wife to the stand.

Parker, who has been wearing his Army combat uniform to court, has pleaded not guilty to first degree murder in the death of Frederick Beverly Jr., 21, who was shot and killed on New Year’s Day 2012 outside of a party at his motorcycle club. Beverly was a member of the Kansas National Guard.

Assistant Riley County Attorney Barry Disney says Parker and Beverly were out in Aggieville earlier in the night on New Year's Eve celebrating the holiday with their respective friends when an argument broke out between Parker and a member of Beverly's group and “loud” words were exchanged. Disney says it’s unknown what exactly sparked the disagreement. The altercation was quickly diffused and no one was injured. The friends that were there that night with the suspect and victim said they didn’t think much of the encounter.

Beverly and members of his motorcycle club later made their way to their clubhouse in Manhattan for an after party and Parker and his wife went back to their apartment in Junction City but Parker’s wife, Alla, says he stayed in the car on the phone when they got home and when she woke up around 4 AM, he was gone.

Around 4 AM (on January 1, 2012), officers were called to 1827 Fair Lane, just south of the intersection of Fort Riley Boulevard and South Delaware Avenue where the "Assassin Street Rydaz," Beverly’s motorcycle club, were having an after-hours New Year's party. Most of the club’s members are veterans who share a love of motorcycles. Parker had reportedly been at the clubhouse before with a friend so he knew where it was and some of the members.

Beverly was shot outside as he was manning the gate and received a fatal gunshot wound to his forehead. A responding RCPD officer described Beverly’s horrific head wound as other bystanders at the party tried to help him with CPR before he was rushed to the hospital, where he was pronounced dead. The doctor who performed Beverly's autopsy testified Tuesday that while Beverly was not struck straight on by the gunshot, fragments of the projectile caused devastating brain and skull damage.

Parker was arrested several days after the deadly shooting after speaking to witnesses and learning of the tense encounter at the bar and learning that Daniel Parker owned an M-4 rifle that fired the type of casing found at the scene and that he drove the type of dark sedan captured on security footage near the scene. At the time of his arrest, he was a specialist at Fort Riley assigned to the 1st Battalion, 63rd Armor Regiment, 2nd Heavy Brigade Combat Team, 1st Infantry Division at Fort Riley. Officials say he is still an active duty Army soldier.

Disney said that during a search of Parker’s Junction City apartment after the deadly shooting, officers found a semi-automatic rifle in his closet along with ammunition. The KBI confirmed that a spent shell casing found at the crime scene was fired from Parker’s gun. Another shell casing was also found in his car, Disney added.

According to the prosecution, Parker’s cell phone records placed him in Manhattan at the time of the shooting and they were able to trace him as he made his way back home to Junction City where he was captured on surveillance buying a cigar and pizza at a convenience store near his apartment after the deadly incident.

Prosecutors say security footage from nearby businesses shows Parker’s Chevy Impala make its way up and down the street where Beverly was manning the gate, passing several feet from where he was standing. The car stopped at the end of the street (about 50 yards from Beverly), gunfire erupted and then it pulled away, Disney told the jury. While the state does not believe that Daniel Parker intentionally killed Frederick Beverly, Disney says one of the bullets from his gun hit the fence then struck and killed Beverly.

According to police, 20 bullet holes were found in a nearby building and two were found in a parked car. Beverly, they said, was struck by a ricochet or fragmented bullet, “shattering” his forehead. The bullets have been described in previous court proceedings as "armor piercing rounds."

Alla Parker says she had been married to Daniel Parker for about a year before the shooting and had only lived with him for two months because he was deployed. On the night in question, she recalled being out in Aggieville at a bar and didn't see the beginning of the altercation because she was in the bathroom but when she came out, she saw her husband and some other men yelling at each other and the situation was quickly diffused. They left and went home to their Junction City apartment but Parker stayed on the phone in the car and she went inside where she ended up falling asleep. When she woke up at 4 AM and noticed that his car was gone, she called him and says he showed up back at home at 4:30 AM.

When cross examined by the defense, Alla Parker said she married Daniel between his first and second deployment and that when he returned, "he was crazy"- angry, wouldn't let things go, drinking all of the time and suicidal thoughts. She says she tried to get him help to no avail.

The defense will have the opportunity to present evidence Thursday. Parker’s attorney has said that there no connection between the incident at the bar and the shooting.

Judge David Stutzman has denied WIBW camera access to the trial which continues at the Riley County Courthouse. 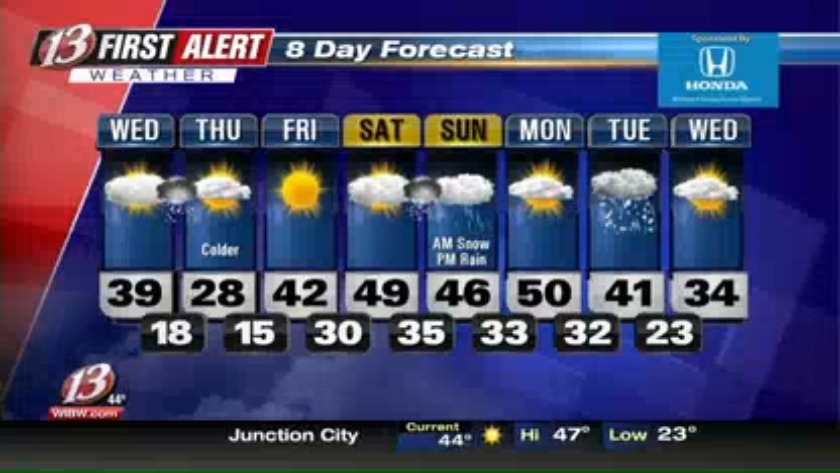