Are you an obnoxious patient?

ATLANTA, Georgia (CNN) -- A few months ago, Dr. David Golden says, he had to fire a patient for being obnoxious.

The patient had a cough. After examining him, Golden recommended a medication. But then the patient did his own research and became worried about side effects.

Golden says he tried to explain why the side effects weren't as bad as the patient thought, and why the medicine would take care of his cough. "But he wasn't open to discussing anything. He countermanded everything I said. So I told him, 'You know it all, so go take care of yourself. I'm not your doctor anymore.' "

Golden says he's all for empowered and educated patients, but some patients have become so empowered, they're actually putting their care in jeopardy.

"I've been doing this for 28 years, and unquestionably it's gotten much worse," Golden says.

But wait a second. Isn't it good to question your doctor? You don't want to passively accept everything they say, right? Absolutely, say Golden and other physicians. The doctors we interviewed agreed that getting the best care means being empowered but not obnoxious. Here are tips from a few of them, plus some from a patient.

1. Don't demand medications over the phone

Let's say you get sinus infections several times a year. You know what they feel like. The same medicine helps you each and every time. You want your doctor's office to call the prescription in to the pharmacy. Why should you go in and get examined when you know what's wrong with you? Sounds reasonable, right?

This issue rankles doctors like none other. Doctors don't like prescribing medicine without first seeing the patient, period.

"When my staff asks them to come in, they say they're too busy and they know what's wrong with them. It's a very common thing," says Dr. Jeff Hurwitz, an internist in Hagerstown, Maryland. "But health care isn't just saying, 'These are my symptoms. I know what's wrong with me.' Medicine is an art. You need to go see your doctor."

Trisha Torrey, the moderator of about.com's Patient Empowerment section, recommends making bullet points after reading information on the Internet. "Don't bother printing copies of your research for [your doctor.] She doesn't have time to read them," she says. (Click here for Torrey's advice about using the Internet for your health care.

Another piece of advice: Be careful how you bring up Internet information. Sounding like you know more than the doctor does could result in alienating your doctor and getting less than optimal care.

Let's say, for example, you've been having horrible headaches. Your doctor thinks it's nothing serious and you just need a good over-the-counter pain medication, but you're worried the pain in your head might be something more serious.

You go online and read all about what a headache could be (a brain tumor, for example), and now you want to talk to your physician. Dr. Delia Chiaramonte, a patient advocate in Baltimore, has these do's and don'ts:
Health Library

Don't say, '"Please look at these printouts. They say I should have a CT scan to rule out a tumor. You really need to read these -- when doctors don't listen to patients, the patients die."

So what should you say? "Acknowledge the slight discomfort of the situation out loud," advises Chiaramonte. "Say, 'I know doctors may not love patients coming in with Internet printouts. But would you mind looking at these? I'd love to hear your thoughts,'" Chiaramonte says, adding that you should ask your doctor for Web sites he or she recommends.

Dr. Scott Haig, an orthopedist in New York, agrees. He says he doesn't mind when patients come in with Internet information -- it's all about how they ask about it. He says don't make your doctor feel like his back is up against the wall. "Permit for an exchange of ideas," he says. (To read a Time magazine column that Dr. Haig wrote about one of his obnoxious patients, click here .)

Christine Miserandino has learned a thing or two from her frequent doctor's appointments for lupus. Miserandino, who writes about her illness on her Web site, says that before each appointment, she fills out three index cards: one with any new problems she needs to tell her doctor about, one describing her current symptoms, and a third with specific questions for the doctor.

Miserandino says this gets her better care. "My doctor is busy, and I have to respect that he has 40 patients in one day," she says. "If I don't go in with all my questions written down, I'd be rambling all over the place.

Doctors often schedule appointments in 15-minute increments. Sometimes you'll need much more than that. Miserandino says she always warns the appointment secretary when she'll need extra time, and asks whether a certain time of day (such as the last appointment) would be better.

Chiaramonte also suggests asking whether certain days of the week are bad (perhaps your doctor has several surgeries scheduled on certain days), and says you can also request two appointments back to back.

Remember, your doctor is a human being, and we all respond better when we're treated well.

Miserandino says she doesn't shy away from asking tough questions -- on the contrary, she asks lots of them and sometimes questions her doctor's recommendations -- but she always does it politely. Plus, she fosters a relationship with her doctor because she knows that to a great extent, her health depends on him.

"I do care, because I want him to care about me. I do bring cookies at Christmastime. It's a relationship you have to foster like any other."

Once, when her doctor went above and beyond what he had to do by visiting her in the hospital twice in one day, she wrote him a thank-you note. "He said to me, in the 20-odd years I've been doing this, I've never received a thank-you note. I always hear the negative, never the positive," she says. 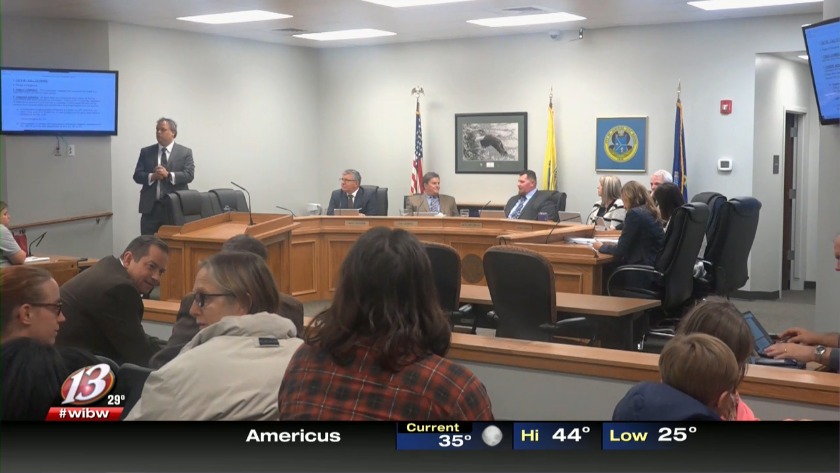