Voice of the Jayhawks Max Falkenstien passes away at 95 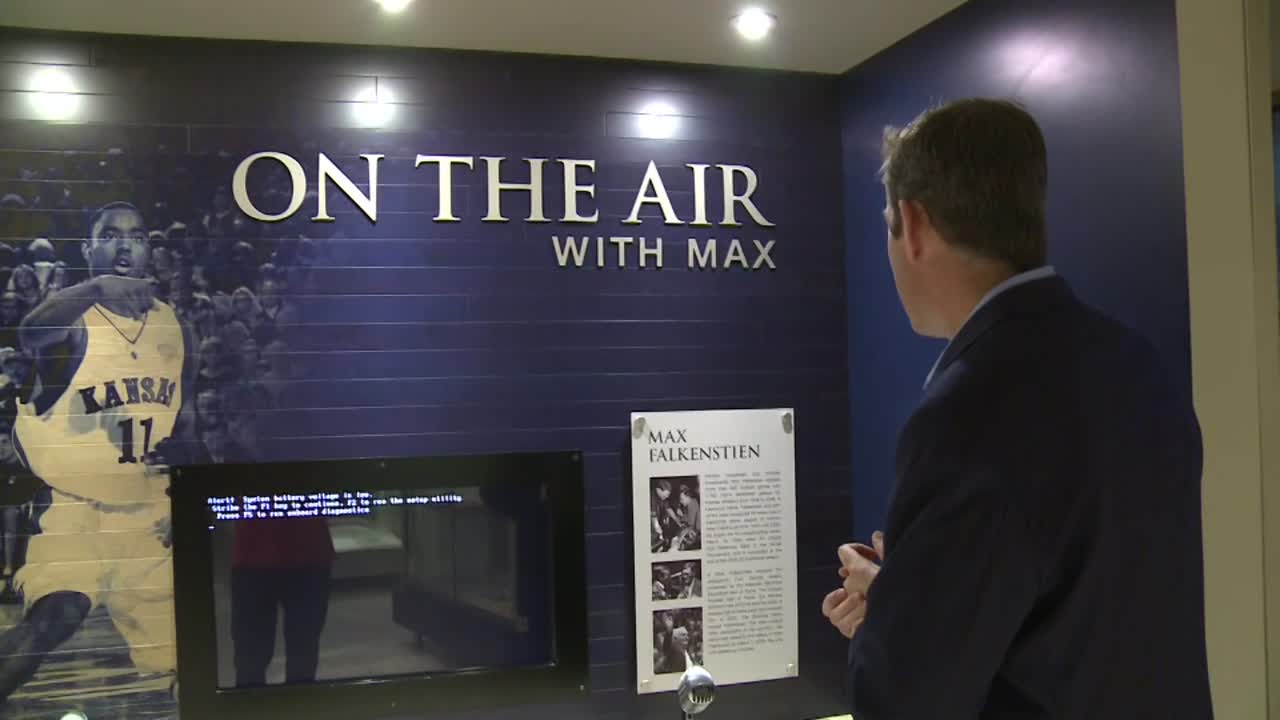 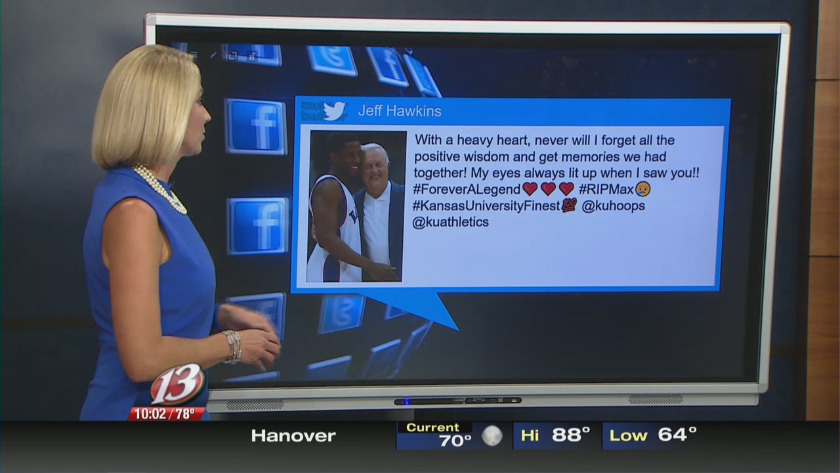 (WIBW) - Former Voice of the Jayhawks Max Falkenstien passed away at the age of 95 on Monday afternoon, according to KU athletics.

Falkenstein covered Jayhawk sports for 60 years, starting in 1946 and ending his career in 2006. He spent 39 of those years as a play-by-play man before switching to a color commentary role in 2006.

The Lawrence native is the only non-player to have his “jersey” (60) honored in the rafters of Allen Fieldhouse. The Naismith Basketball Hall of Fame paid tribute to him in 2004 with its Curt Gowdy Award, and the College Football Hall of Fame honored him in 1996 with its Chris Shenkel Award.

"He was an absolute joy to be around, and he will be remembered as an absolute treasure," current KU men's basketball coach Bill Self said. "He was loved by everyone. His personal touch made every fan, player coach and administrator feel they were part of the KU family. I hope Max realized the positive impact he had on KU and everyone connected with it. He’ll be missed, but his legacy will never be forgotten.”

The first broadcast stop for Falkenstien was WREN in Lawrence. Following that, he worked for WIBW radio and television. He reported on two of Topeka's most famous events: the 1951 flood and the 1966 tornado.

“Max was a member of the greatest generation," former KU radio play-by-play voice Bob Davis said. "A pioneer sports play-by-play broadcaster in Lawrence and Topeka, and just a fun guy to be around. In the years we worked and traveled together we spent much of our time laughing.

"He once said we should have been married. In all these years I don’t think we’d ever had an argument, so I guess we couldn’t have been married! We had some great times together. I loved him.”

The current Voice of the Jayhawks, Brian Hanni, said the 60-year legacy of Falkenstien will never be touched.

"That will never be done again," Hanni said. "The fact that he started as early as he did and was as sharp as he was for so long, allowing for his longevity to be unprecedented and unsurpassed ever, speaks to the iconic career he had."

But even with that legendary status, Falkenstien made time to inspire a young Hanni.

"I was 16 years old, working at Topeka Country Club, cleaning golf club," Hanni said. "And he was playing golf that day with Dean Smith and Roy Williams, three Hall of Famers in one group! And Max pulled me aside at the end of the round, he chatted me up like he so often did, Max never met a stranger.

"He asked me what I wanted to do with my life and I said I want to be like you one day. And he was so gracious, so kind, so supportive."

Falkenstien is survived by his wife, Isobel; they were married for 70 years. They had two children – a son, Kurt, and a daughter, Jane, along with three grandchildren and five great grandchildren.

Video: Joining the Chiefs in Miami? Here's about how much it'll cost you

Chiefs, Titans on the verge of Super Bowl, play for AFC title

Video: Joining the Chiefs in Miami? Here's about how much it'll cost you