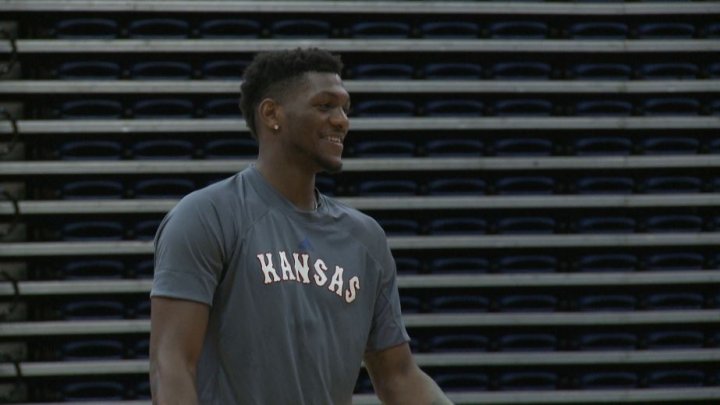 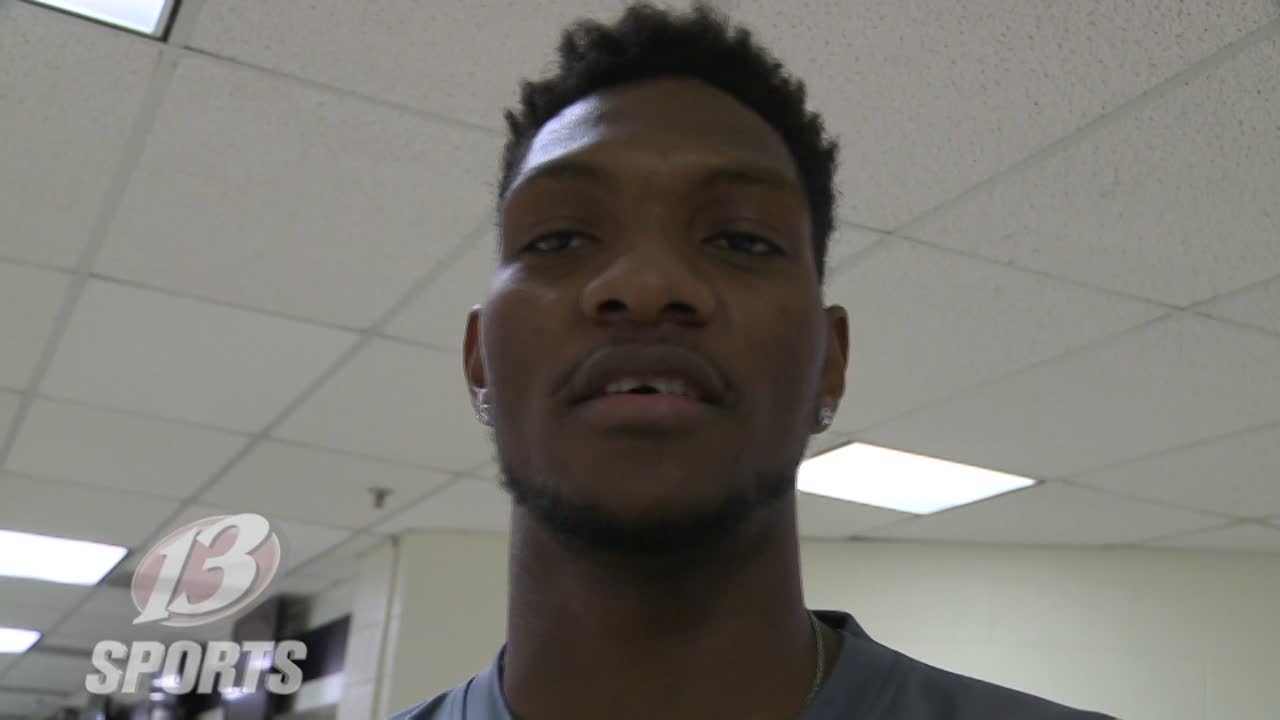 Silvio De Sousa discusses reinstatement, the NCAA process and getting back to basketball

Washburn head men's basketball coach Brett Ballard was asking his campers a simple question. Two Kansas basketball players were behind him, helping out as instructors.

One of them probably didn't need much of an introduction after a lengthy fight with the NCAA.

"It's Silvio De Sousa," Ballard told the kids. "Silvio had to sit out last year, unfortunately. But he just got cleared to be back."

And for the first time since finding out on May 24 that he won his appeal to overturn the NCAA's two-year suspension of him, Silvio De Sousa spoke to the media at an Ichabod basketball camp about the whole process.

"I actually couldn't speak," De Sousa said of how he reacted to finding out he was eligible again. "I was kind of just smiling, just kind of so happy and excited."

His suspension, which caused him to sit out all of last season and was supposed to include the 2019-20 campaign as well, was due to the NCAA's citation of a $2,500 payment to De Sousa's guardian from an agent and booster of the school. It also included the guardian's agreement to accept an additional payment of $20,000 from the same individual and an Adidas employee to secure his enrollment at Kansas.

But throughout his year on the bench, the Jayhawk forward maintained his innocence. He said believing in that helped him keep the positive attitude his teammates and coaches often praised him for.

"Knowing the truth is what kept me positive," De Sousa said. "I didn't do anything. I was innocent, I knew that."

While he kept practicing with the team and working on his game, the rising junior was also learning. He credits the whole situation for teaching him how to be more professional.

"Just learn how to not take things for granted," De Sousa said. "I've been there since day one, just trying to keep myself in the best position I could."

And the duo of KU head coach Bill Self and athletics director Jeff Long tried to help that by passionately defending their student-athlete publicly when the NCAA's decision came down on Feb. 2. Long addressed the media before Kansas hosted Texas Tech and Self did it after the Jayhawks topped the Red Raiders 79-63.

"If the NCAA is trying to send a message or make a statement with an unwarranted harsh punishment, they are doing it through the wrong messenger - a young man that both NCAA Enforcement and the Institution agree, had no knowledge of and did not benefit from the NCAA violation," Long said then.

"If you knew that something was not right, are you ever going to accept it," Self said after the win against Texas Tech. "I don't think that it's time for us to move on. We have to, and should, and want to advocate for him."

Those words resonated with De Sousa, who said he shared the appreciation with his parents.

"I was just like, wow," De Sousa said. "I did not expect the coach or Jeff Long to say something like that. But it was really, really helpful. It just made me, like, trust them more."

Now, he just wants to get back to basketball and repay the school for its support.

"I just think I should work even harder than I always have just to kind of pay them back," De Sousa said. "For Kansas, I just want to show and kind of give them anything I can do."