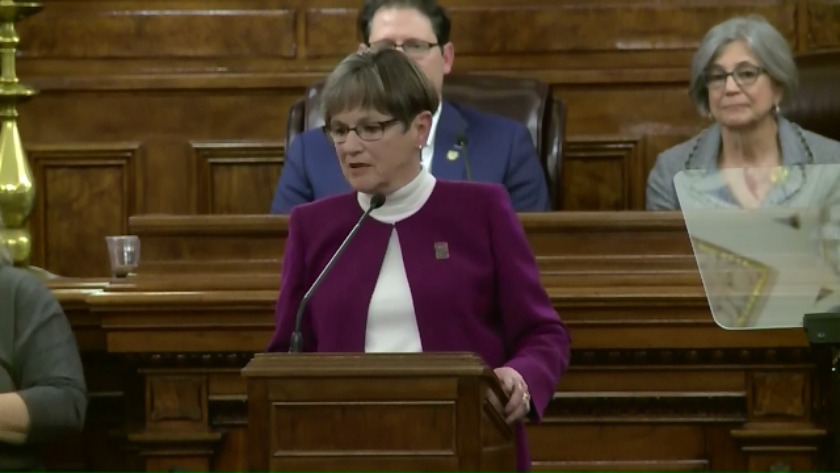 State of the State Address Part 1 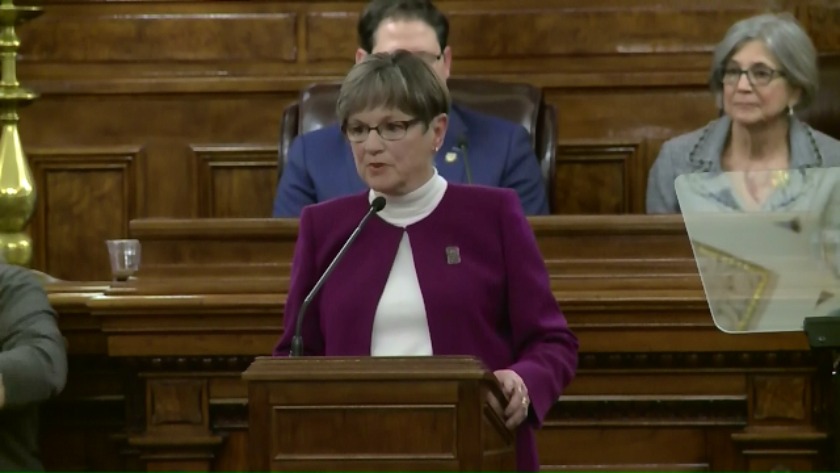 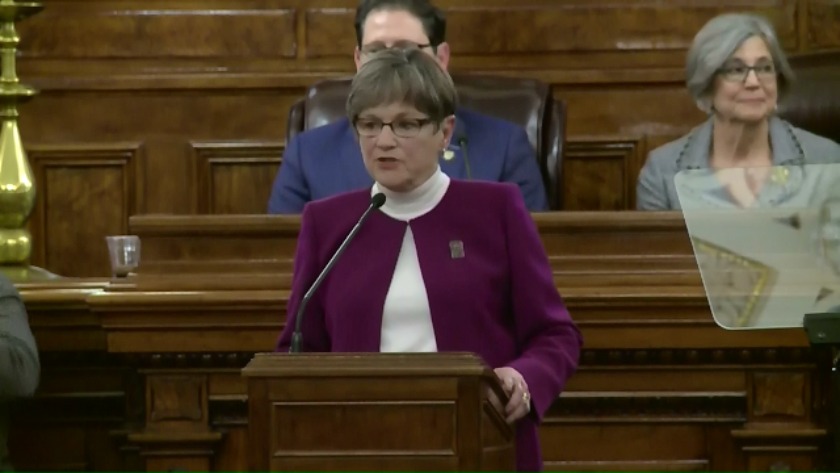 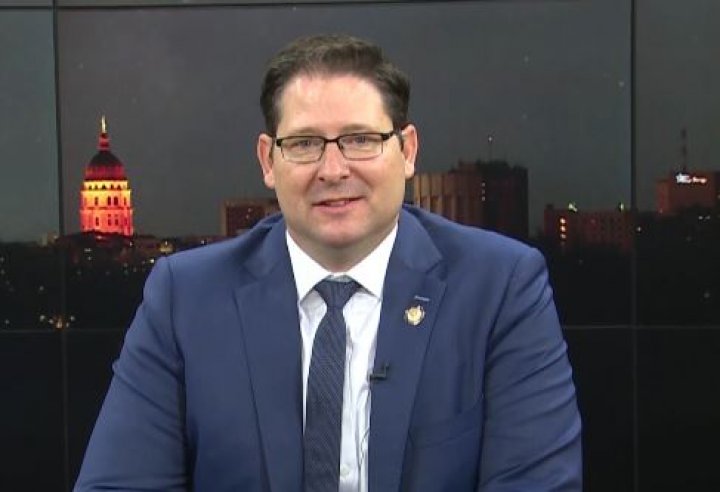 Republican response to the State of the State address

TOPEKA, Kan. (WIBW) -- Governor Laura Kelly laid out her legislative agenda before a joint session of the Kansas House and Senate Wednesday night.

Kelly started off the annual State of the State Address on a lighter note, touting the popularity of the First Cat of Kansas, Frances, on Twitter.

“If there is one thing I didn’t expect this past year, it was the widespread interest in my cat. She’s made lots of new friends on social media. She gets more news coverage than I do.”

Jokes aside, she began her policy portion of the speech by praising Lt. Governor Lynn Rogers and his tour of the state, establishing the Office of Rural Prosperity.

“Housing shortages, affordable childcare, revitalizing Main Street corridors, protecting rural hospitals, expanding rural broadband -- these are all concerns that weigh heavily on the minds of Kansans. With the right mix of state support and local ingenuity, I am confident that the Office of Rural Prosperity will serve as an invaluable partner for Kansas communities to sustain and enhance our state’s rural heritage,” said the Governor.

She also touted that it was the first time women were heading up all three branches of state government: herself as Governor, Republican Senate President Susan Wagle, and Chief Justice of the Supreme Court, Marla Luckert.

“Kansas reached this milestone at a fitting moment, as 2020 also marks the 100th anniversary of the passage of the 19th Amendment, which granted women the right to vote,” she said.

Before she started talking about her plans for the future, she took a look back by criticizing tax policy enacted by then-Gov. Sam Brownback, saying his plans put the state in financial turmoil.

“After devastating cuts and relentless crises - a bipartisan coalition of lawmakers demonstrated courage and conviction when they joined forces in the face of adversity to stop the bleeding in 2017,” she recapped.

Then she boasted that 12,400 private sector jobs had been added over the past year, that schools were properly funded and that they state has invested in public safety and the foster care system, and continuing to pay down state debt.

But with the positive, she warned there is negative. Citing the most recent issues in the private job sector after the announcement of the suspension of building of the Boeing 747 Max in Wichita, causing thousands of layoffs.

“I’ve been in constant communication with local, state and federal officials since temporary layoffs were announced late last week. I instructed my Labor Secretary, Delia Garcia, to take an all-hands-on-deck approach to help workers, Spirit and other Kansas businesses that will be negatively impacted,” she said.

Kelly also noted that Kansas farmers are having issues after the flooding of 2019, and even honed in on policy enacted by President Donald Trump.

“Escalating trade tensions over the last two years, net farm incomes have dropped 50 percent from their peak in 2013,” she said.

She then instructed that Commerce Secretary David Toland would rebuild The International Trade Division at the Department of Commerce with plans to increase exports on a global level.

Kelly said she has been touring the state herself, hosting “Kansan to Kansan” townhall meetings. In the meetings, she said her focus was on budget issues and state concerns.

She said one of the main topics brought up was education. Kelly said she was proud of signing legislation fully funding schools, then establishing the Council on Education. She called on legislators to continue on the bipartisan work.

That lead into her most recent bipartisan announcement that she had been working with Republican Senator Majority Leader Jim Denning to expand Medicaid.

“After weeks of tough negotiations and lots of give and take, we developed a proposal that will not only expand healthcare to 150,000 Kansans, but also has the potential to lower health insurance premiums in the marketplace,” she said.

“The number of expansion states continues to increase. NO state has reversed its decision to expand. And voters across the ideological spectrum continue to reaffirm their support for expansion in election after election,” she said even joking Kansas should beat Missouri in passing expansion.

Her next topic was another that she would often blame former Gov. Sam Brownback for breaking: transportation. She said Secretary of Transportation Julie Lorenz has been in meeting with communities to talk about roads, bridges, school bus safety, and putting funds back into KDOT.

“As promised, last year I officially began ‘closing down’ the ‘Bank of KDOT.’ I am fully committed to continuing that phase out throughout my first term so that we can fulfill the promises of the previous transportation plan and invest in the future,” the Governor said.

“Kansas families are taxed more for food than anywhere else in the United States. These families shouldn’t have to pay more than their fair share, especially when it comes to the essentials. So my budget will take the first step in lowering taxes on groceries, starting with Kansans who need help the most,” she promised.

She also said she has plans to rebalance income, sale and property tax by relief to property tax.

“This left local communities frustrated, and put a desperate strain on working Kansans and Kansans living on fixed incomes -- especially our seniors. They need relief, and we can give it to them in 2020,” she said.

Her plan includes the start of a Council on Tax Reform headed by a democrat and republican.

But her plan for tax reform comes with a warning saying she will veto any bill she thinks will put Kansas back in financial trouble.

“I will veto any tax bill that comes to my desk that throws our state back into fiscal crisis, or debt, or sends us back to court for underfunding our schools,” she warned.

She moved on to her next topic of criminal justice reform. She turned to Secretary Jeff Zmuda and credited him for changes and new programming.

“By partnering with businesses to train these inmates in badly-needed job skills, we can both help the private sector fill their workforce shortage and set our incarcerated population on a path to success once they leave the corrections system. By expanding and innovating our capacity for substance abuse treatment and mental health treatment, we can bend the curve on our prison population long-term, improve public safety and strengthen Kansas communities,” she touted.