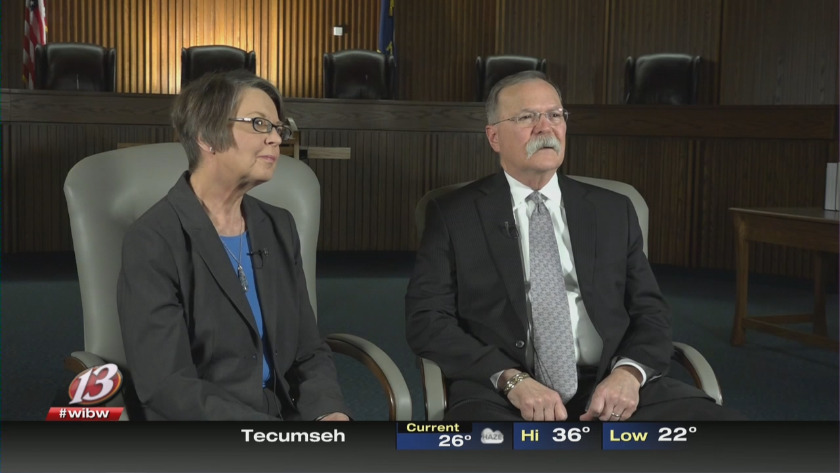 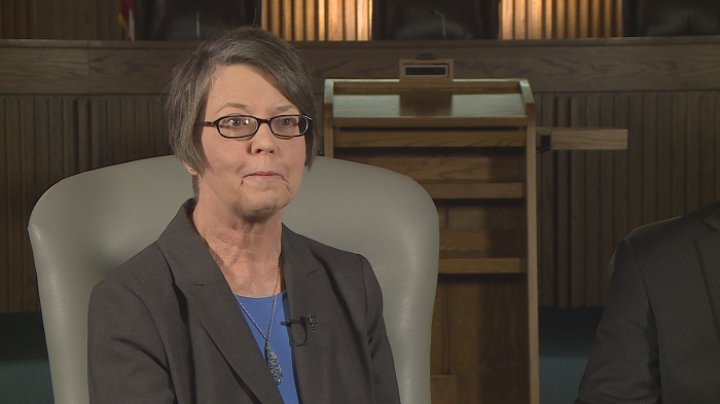 Justice Luckert on importance of women on the bench 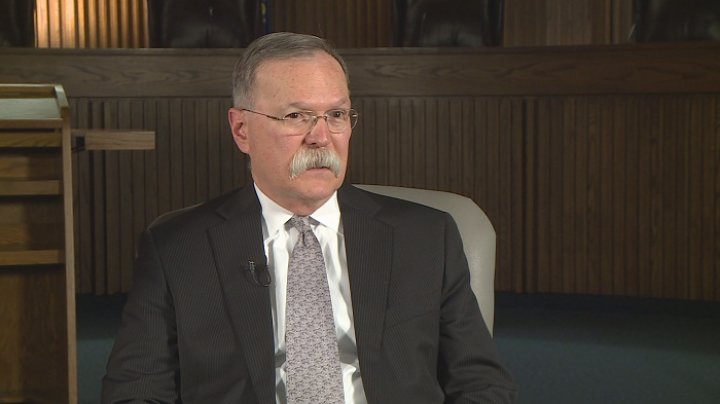 Justice Nuss on legislature, what he's most proud of

TOPEKA, Kan. (WIBW) - As one steps aside, and another steps up, there is much mutual respect between retiring Kansas Supreme Court Chief Justice Lawton Nuss, and Chief Justice-to-be, Hon. Marla Luckert.

"The chief has been a steady, dedicated leader," Luckert said during a 13 NEWS interview with both justices.

Nuss said he is confident leaving the courts in Luckert's leadership.

"I have seen her work ethic and her dedication during the entire time we have been colleagues," he said.

Nuss and Luckert have served nearly 17 years on the state's high court together. Nuss was a lawyer in Salina when he was appointed in August 2002, becoming chief in 2010. Luckert was a judge in Shawnee Co. District Court when she was appointed in late 2002, taking her oath in January 2003.

They are the last two justices placed on the court by former Gov. Bill Graves. At 66 years old, Nuss' retirement is by choice, rather than forced by the mandatory retirement age of 75 in state law.

"I basically said what else do I have to prove?" Nuss said of his decision to step down now, adding he and his wife have projects they'd like to pursue together while they are still healthy.

The source of most pride, and most pain, for Nuss is the fight over the judiciary's budget. He agrees "tumultuous" is a fair description of his relationship with the legislature over the years.

"I'm the one who signed the order closing courts for four days (in 2010). That had never happened in the history of Kansas, and it's not the kind of history I want to remake," Nuss said. "We've met those challenges, but I think we're going to see those same challenges repeat, primarily under-compensation for our judges and our employees, and I just thought, after 10 legislative sessions trying to get more money from the Kansas legislature so we can bring our judges and our employees up to market, that that was something that perhaps we needed fresh ideas and a fresh representative as the face of the judicial branch."

That person is Luckert.

"I'm inviting as much conversation as I can with all the legislators so that we can talk about not only the issues that face our branch in particular, but those societal issues that affect all of us," Luckert said. "We often see the addiction, the mental illness, the PTSD issues - all of those things play out in our courtroom. We can start to innovate and treat cases not how we've always treated them."

Nuss actually plans to continue working in that area, as it pertains to veterans. He is a Marine Corps veteran, his father served, and his middle son served in Iraq and Afghanistan.

Nuss hopes to expand veterans treatment courts. He has worked on federal legislation, and the state has its first in Johnson County offering options to veterans dealing with PTSD, or domestic, employment, and other issues.

"I call it salvaging lives, and they can return to being productive members of society," Nuss said.

Both Nuss and Luckert are part of a court that's raised eyebrows for high profile rulings on school funding, and other issues. Appeals on their decisions limiting whether states can enforce immigration law, and what is reasonable suspicion for a traffic stop were heard by the U.S. Supreme Court, and an October ruling found part of the state's criminal threat statute unconstitutional.

They say they stand by the justices' actions.

"Our decisions are not made because that's the way I individually think it ought to come out because I'm against this kind of a law or I'm for that kind of a law. It's what the law requires," Nuss said.

Luckert said cases accepted by the Supreme Court are, by nature, difficult cases.

"In fact, there are times, and those are sometimes the hardest decision to make, where we just don't like our decision and the outcome of it - but it's what we feel is required of us by law," she said. "I would vote differently on many of the policy questions that come before us if I was across the street (in the legislature)."

The law has inspired Luckert since she was a young girl, watching the civil rights movement play out.

"I found that law was causing change in society at the time I was growing up, and that excited me, and I wanted to be a part of that," she said.

Luckert will be the second women to lead the state's judiciary, following the late justice Kay McFarland. Luckert says she's proud of the distinction.

"I think it makes an enormous difference to the future of the judiciary, as well as young women," Luckert said. "When I made the decision to go on the district court bench, I felt it was important that our community see a bench that reflected the face of the community, and having women there is an important part of that."

Also important is continuing efforts with technology and outreach, so the public can access and understand their third branch in a balanced government.

"We're all trying to do the right thing," Nuss said. "We're trying to follow the law, because that's what this country is based on."

Nuss' retirement is effective December 17, 2019. Luckert will be sworn in as Chief Justice the same day.

Once she is, it will be the first time the state has had women serving as Supreme Court Chief Justice, Court of Appeals Chief Judge, Governor, and Senate President all at the same time.

Born in Topeka, now headed to play in the Super Bowl

Born in Topeka, now headed to play in the Super Bowl