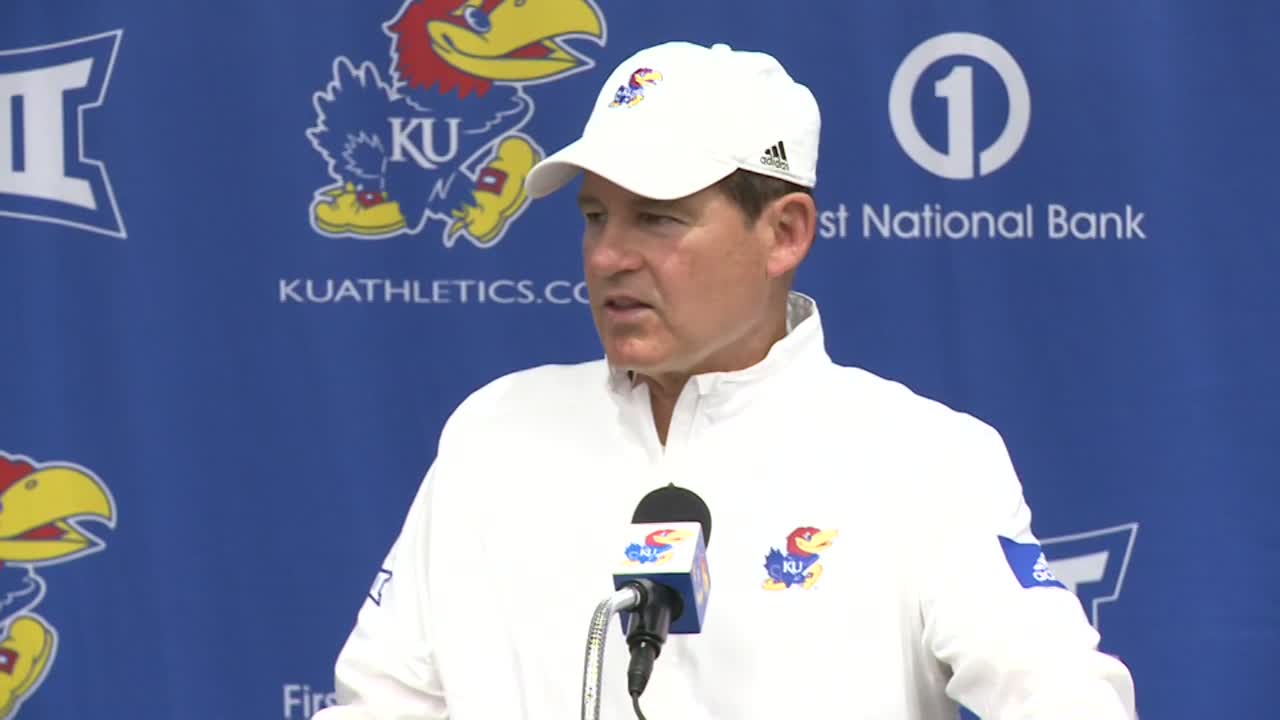 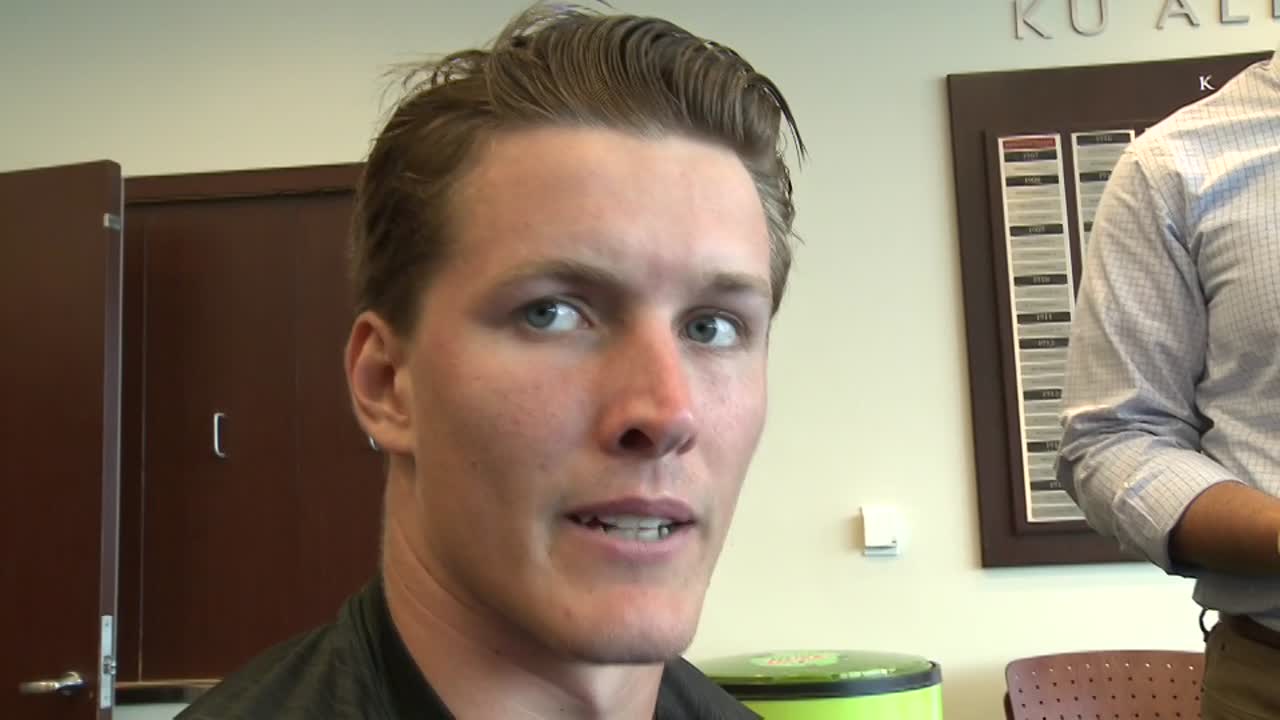 LAWRENCE, Kan. (AP) — Carter Stanley threw a 22-yard touchdown pass to Daylon Charlot with 2:20 left in the game, and Kansas rallied for a 24-17 victory over Indiana State on Saturday to avoid saddling new coach Les Miles with a devastating defeat in his debut.

Kansas wide receiver Daylon Charlot (2) catches a pass in the end zone under pressure from Indiana State defensive back Mekhi Ware (14) for a touchdown during the second half of an NCAA college football game Saturday, Aug. 31, 2019, in Lawrence, Kan. Kansas won 24-17. (AP Photo/Charlie Riedel)

The Sycamores had clawed back from a 16-3 deficit, taking the lead when Stanley fumbled in the end zone and Inoke Moala recovered it for a touchdown with 4:24 left in the game.

But the Jayhawks' senior quarterback calmly responded to adversity, hitting Andrew Parchment with a couple of passes, finding Charlot for a 26-yard gain then hitting him again for the go-ahead score.

The Jayhawks used an end-around pass to convert the 2-point conversion, then stopped the Sycamores in the closing minutes to avoid losing to their third FCS school in the last five seasons.

Hasan Defense returned an interception 57 yards for a touchdown for Kansas. Khalil Herbert added 88 yards rushing, and Parchment had eight catches for 121 yards, as the Jayhawks tried to build on some of the excitement that Miles has brought to the program.

It wasn't always pretty for the national-title winning "Mad Hatter."

His kicker, Liam Jones, missed a field goal and extra point. Stanley fumbled a snap on fourth down to spoil another drive. And there were far too many blown assignments on both sides of the ball to think Kansas is much different than its woeful years under Turner Gill, Charlie Weis and David Beaty.

The Sycamores' Ryan Boyle threw for 219 yards with a touchdown, but he also tossed a pair of costly interceptions. Titus McCoy had 88 yards rushing before leaving with a left knee injury.

Still, the Missouri Valley school was in the game in the fourth quarter. Boyle threw a touchdown pass to Dante Jones to get the Sycamores within 16-10 with 10:52 left, and their score on defense gave them hope of their first win over an FBS school in 33 tries.

Instead, the Kansas defense that's been so maligned over the years came up with a big stop, forcing Boyle into throwing a fourth-down incompletion with 1:35 left to essentially end the game.

The Sycamores will no doubt rue a couple of missed chances.

They looked as if they might have scored a touchdown just before halftime, but Dante Hendrix had a sliver of his toe out of bounds when he hauled in the catch in the back of the end zone. Boyle also had an interception at the goal line as the Sycamores were about to score.

Throw in Jerry Nunez's two missed field goals and Indiana State made too many mistakes to overcome.

Indiana State: After ripping off five straight wins to end last season, coach Curt Mallory's bunch carried that momentum into this season. The Sycamores stood toe-to-toe with Kansas all afternoon, and at several points looked to be the better team.

Kansas: The Jayhawks played without running back Pooka Williams, their best playmaker, as he served a one-game suspension for a series of off-the-field incidents. His return next week should give Kansas a big boost of speed and a much-needed offensive lift.

Indiana State plays its home opener against Dayton next Saturday.

Kansas hosts Coastal Carolina next Saturday in the first meeting between schools.

Report: NFL training camps to be held at home facilities; no St. Joe for Chiefs

Not in Missouri anymore: Royals move legal home to Delaware

Report: NFL training camps to be held at home facilities; no St. Joe for Chiefs

Not in Missouri anymore: Royals move legal home to Delaware