Dash-cam video released of the Fla. crash that killed 7 in January 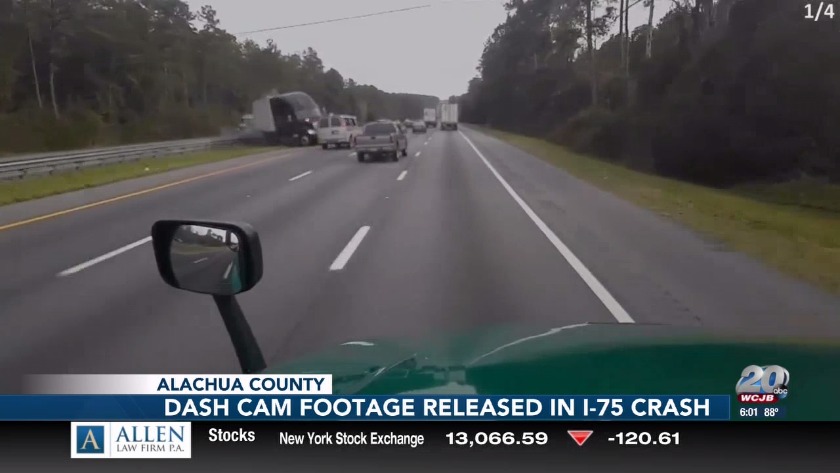 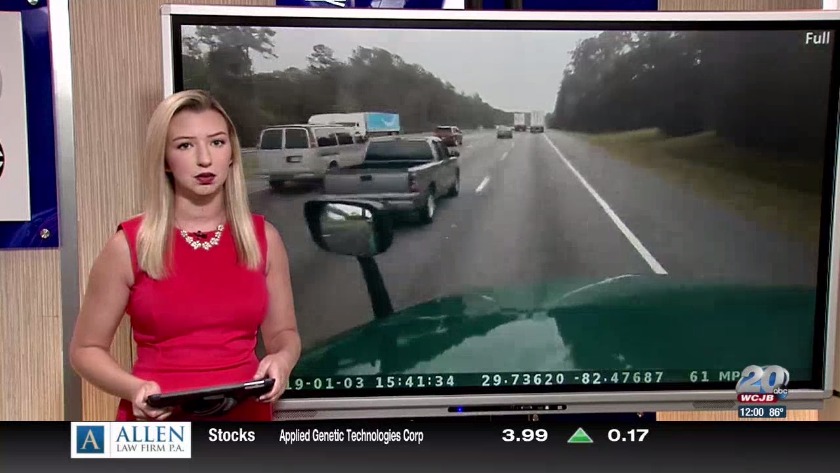 Dashcam video released of the I75 crash that killed 7

ALACHUA COUNTY, Fla. (WCJB) - A tragedy on I-75 in Alachua County, Florida, shocked the nation and changed lives forever. Seven people, including five children, were killed when a semi-truck hit another driver and crossed the median.

Months after the crash, 13 NEWS sister-station TV20 has obtained dashcam footage from one of the semi-trucks that was hit. The driver was killed in the accident.

The video shows the moment when the first semi-truck crossed that median and hit a van, right before slamming into the second semi. The van was carrying a church group from Louisiana.

The group was making their way to Disney World as part of a trip they'd been planning for some time. Of the five children killed, three of them were ejected upon impact.

Nine lawsuits have been filed by the victim's families and even some of the victims themselves against Eagle Express lines and the company's president and CEO.

Both the Florida Highway Patrol and the National Transportation Safety Board are still conducting their investigations into the crash.

“We are deeply saddened by this tragic accident. We continue to mourn the loss of life, including our former colleague Steve Holland, and the impact it’s had on so many lives. Safety is our No. 1 priority; we take it very seriously. We’ve cooperated fully with both the National Transportation Safety Board and the Florida State Highway Patrol in their investigations. We have a rigorous protocol to ensure the safety of our drivers and those who share the roads. Our company consistently meets or exceeds all federal regulations as well as the more strident requirements of the U.S. Postal Service. The families remain in our thoughts and prayers." -Wayne Hooovestol Chief Executive Officer, Eagle Express Lines

Full statement from Kurt Arnold, an attorney for some of the families and victims:

"Anyone who views the dashcam video can see that the Eagle Express truck is completely at fault in this deadly crash. That truck shot across the median like a rocket. This terrible tragedy was 100% avoidable, and by filing the lawsuits, the families will be able to use the court system to get the answers they deserve. It’s our goal to discover the full truth of why this happened and the truth will prevent future disasters from destroying the lives of other families."
-- Kurt Arnold, founding partner of Arnold & Itkin, LLP

Arizona woman whose child was eaten by dog gets probation

Priest gets 60 days in jail for bubble-wrapping boy

Arizona woman whose child was eaten by dog gets probation

Priest gets 60 days in jail for bubble-wrapping boy