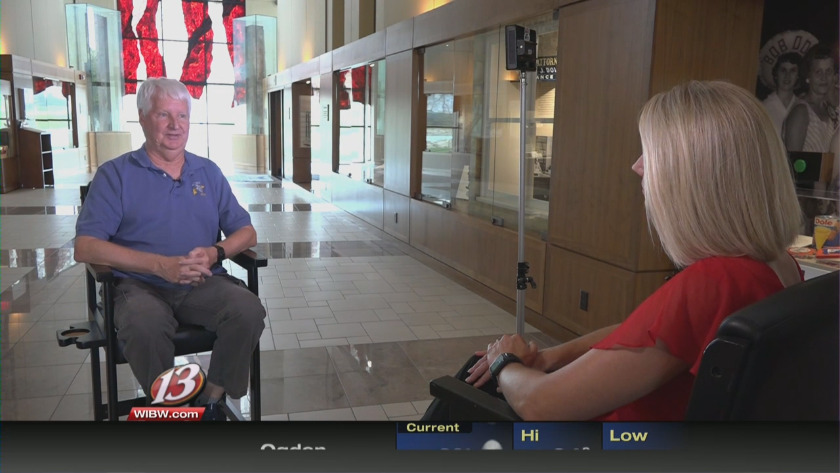 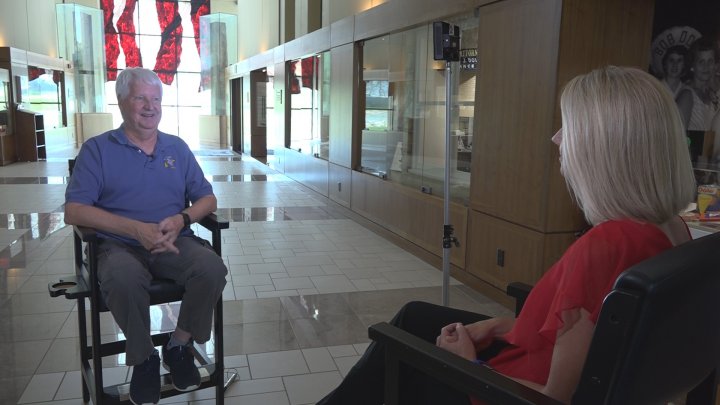 An Interview with Steve Hawley

LAWRENCE, Kan. (WIBW) -- A self-described "space nerd," Steve Hawley was 18-years-old when those grainy images came across the television screen in his Salina home, and Neil Armstrong declared "one giant leap for mankind."

Retired astronaut Steve Hawley is interviewed by WIBW-TV at the Dole Institute on the University of Kansas campus, July 2019. (WIBW)

He called the moment "spectacular."

"I remember thinking, let's see, these men and women that work at NASA - their job seems to be figuring out how to do stuff nobody knows how to do," he said. "I thought, 'Wow! That would be a neat job to have!'"

But Hawley didn't aspire to be an astronaut. Reflecting on America's achievements in space during a recent conversation with 13 NEWS at the Dole Institute at the University of Kansas, where he now teaches physics and astronomy, Hawley said astronauts were test pilots. He wanted to be an astronomer.

"I had this dream that maybe one day what we would want to do is put observatories in space and then you'd want astronomers to go to these observatories," he said.

Both Hubble and Chandra are still used today, but Hawley says crossing the threshold of the moon remains the hallmark.

"I think it was very important for a variety of reasons. One reason was because I think it motivated kids like me back in those days to consider careers in science, engineering," Hawley said.

Another was reputation. While directing an observatory in Chile, a local man noticed he was American and told him of watching the moon landing on television.

Beyond prestige, as NASA moved from Apollo to the shuttle program, competition gave way to cooperation.

"Basically, the program was an instrument of foreign policy, in that we would, the agency would, invite citizens from other countries to send a representative to come fly with us," Hawley said. "The (International Space) Station is unquestionably one of the greatest engineering achievements ever, but it's also an incredible achievement to look at how something like 16 nations have managed to partner together, to figure out how to conduct business together in this orbiting outpost. And for all of the differences of opinion we have about things going on on the planet, the relationships we have had working together in space have been very, very good and very, very rewarding."

Some rewards, Hawley believes, have yet to be realized. NASA has not been to the moon since 1972. Returning, he says, is an important question.

"There are those who think we shouldn't be wasting time and money going back to the moon - we've been to the moon, we haven't been to Mars, we oughtta focus our resources on going to Mars. Personally, I think that's a little short sighted," Hawley said. "Yes, we've been to the the moon, but we weren't there very long and there's a lot to learn about how to live on another body."

For example, he says, how could humans cope with the dust they'd encounter on the moon and Mars? We also didn't know during Apollo that there was water on the poles of the moon.

"Can we learn how to use those resources - prove the technology works, then adapt it for going to Mars? How do we build habitats? Can you build habitats out of the material that's present?" he said.

Lessons that all go back to the small step that encouraged Hawley to join the giant leap. He says the 50th anniversary activities are a chance to recognize what heroes everyone involved in the Apollo missions were - from the astronauts to the engineers, to the mission control and support staff.

"I've been privileged in life to get to follow in their footsteps," he said. "It was remarkable to see what they did."