13 NEWS INVESTIGATES: Chaos in the Classroom 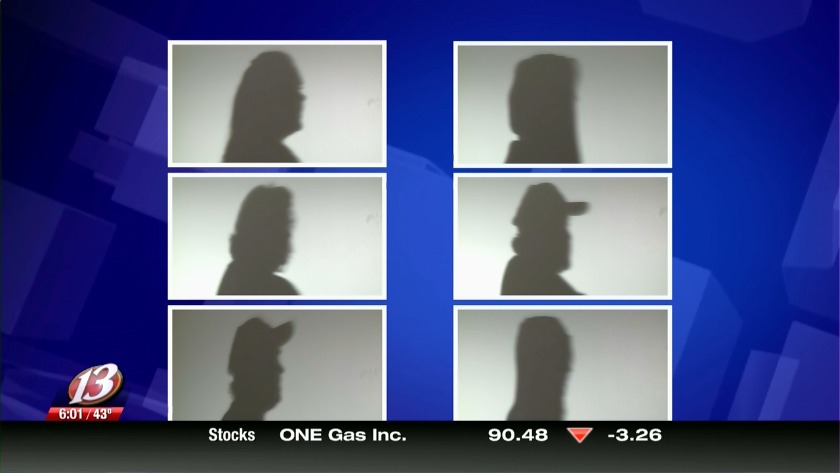 Chaos in the Classroom: Part 1 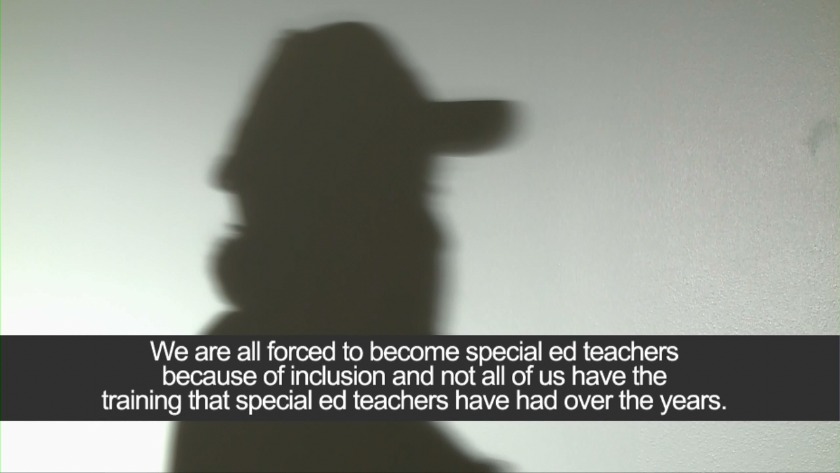 Chaos in the Classroom: Part 2

TOPEKA, Kan. (WIBW) -- Students out of control. Teachers in fear. Class time interrupted. These are just a few of the concerns teachers say are happening in area classrooms, and they want a solution.

“A fourth-grader pushing you up against the wall,” said one teacher.

“I have students who are hit every day,” another teacher adds.

“I’ve had scissors thrown across my room. I’ve had chairs flipped. I’ve had students threaten to break bones. I’ve had a student who actually had a few limbs broken,” a third teacher recalls.

Six U.S.D. 501 teachers from various grade levels, working in schools from a few years to 30 years, all came forward to share their stories about how classrooms are becoming more dangerous for them and their students.

But it’s not a Topeka only issue.

“This is Wichita. This is Johnson County. This is rural Kansas. We hear teachers saying all the time ‘we’re giving those lessons. We’re employing our behavior systems and our behavioral models. We’re doing all of these things but we still have disruptions. We still have kids getting injured. We still have teachers getting injured. And we send those students up the line into the administration who just kind of revolves and comes right back and says ‘here teacher. You’ve got to deal with it differently,’” said Marcus Baltzell, Director of Communications, Kansas National Education Association.

Becoming almost daily occurrences for these students and teachers, making it almost impossible for learning to take place.

“They were aggressive to other students or to the teacher, or both,” another teacher said.

“A kindergartener telling you that they’re going to kill you,” one of the six teachers said.

Teachers say they are having major issues with students who have been identified as having behavior issues. At times, they’re having to isolate those students, evacuating their classrooms, sending them to the office to only have that student return a short time later.

“The ones who do the traumatizing are brought back into the room. Five minutes, they’re calm. Bring them back because you’re here to learn. But the moment they’re back in the room…the learning stops,” said one elementary school teacher who is frustrated.

“They know the system. They know that I can throw a chair to get out of class and go get a sucker. Go get a piece of candy and come right back to class. And they’re coming back just as escalated as they were before they even left,” explained another.

It’s something that’s seen in schools all across the state and often times it’s up to the teachers to find a solution on how to deal it.

“We are all forced to become Special Ed teachers because of inclusion and a lot of us don’t have the training that Special Ed teachers have had over the years. I think if we had more bodies in the room, it would be easier to manage,” said this teacher who wants to help her students but can’t because of lack of training.

“If we could get more social workers, more counselors, more mental health services that would be the great beginning to the problem,” said another teacher, pleading for help.

In some cases when teachers speak about needing more help, they’re met with fear.

“If we speak out or speak out too much, we have the possibility of not being renewed for our contract each year,” which is why these teachers asked to remain anonymous. 13 NEWS hid their identities to protect them from retaliation.

“If you have teachers that are reporting issues, safety issues, whatever in classrooms, but those issues are not going anywhere, if they’re just going up and are being filed away, or not listened to or whatever, well then that can be a problem and I think there is some of that going on,” said Baltzell.

The KNEA says teachers see firsthand what is going on in the classrooms, and their ideas could help find a solution. The staff that came forward have ideas, and just want their voices heard without repercussions.

“I think we do need behavior classrooms. I think there needs to be less focus on the state assessments and more focus on mental health,” another teacher recommends.

“We need to have a conversation and we need to recognize that it’s a community effort. Its parents. Its teachers. Its administrators. Recognizing we have to take back control of children,” a third teacher stressed.

They declined, and a district spokesperson sent this written statement:

“Topeka Public Schools believes all students have the right to quality public education. We strive to provide a welcoming, inclusive and nurturing environment for every child that walks into our classrooms. To facilitate this goal, the district has established a number of behavioral supports, including social workers at each school and behavioral support plans. The use of these supports and others, allow teachers to focus their time fostering the intellectual, physical, and social development of all students.”

Schools must report incidents of violence to the Kansas department of education.

“There are more kids with social and emotional needs in our public schools now than there maybe has been in our history,” said Dr. Richard Harrison, Behavior Specialist for the Shawnee Heights and Seaman School Districts.

Districts like Seaman, who agreed to share their policies with 13 NEWS, say they are moving toward providing more help for children with emotionally-based special needs.

“We’ve definitely increased our staffing to provide a little more social work support at the elementary level in the last year. We have a little bit more of a resource there. We try really hard to build good grade-level teams and support systems. We have weekly collaboration at all elementary buildings in Seaman Schools. At least once a month they are talking about the social and emotional needs of their classrooms and their students,” said Rebecca Kramer, Seaman Director of Early Childhood and Elementary Education.

Dr. Harrison says schools can expect to remain at the forefront of the issue. He says mental health needs are rising, while trained help is declining.

“50 years ago we had one psychiatric bed for 300 people in the United States. Now we have one psychiatric bed for 3,000 people. So what that means is that the supports that used to exist in the community have gone away, or maybe not completely disappeared, but fewer options. What happens then is that responsibility falls on the schools. Are they hiring more emotional support people, such as social workers and councilors? Yeah. The rates increased even in the last 10 years,” Harrison explained.

The Kansas National Education Association agrees schools need to offer more training, but they say it’s up to administrators to recognize and address problems

“When you really look at the priorities and you find districts that are putting their priorities in other places. Maybe it’s a public relations campaign to highlight this great achievement or whatever,” said Baltzell. “Those kind of obfuscate from maybe some of the real issues that are in the classrooms. Well, that can be a problem because then parents start asking questions. Why are we hearing this over here but we’re seeing this reported over there, and the stories are different?”

Seaman schools are focused on identifying problems before they disrupt classrooms or put other children in danger.

“We’ve worked really hard at looking at what trauma, and what kinds of impact trauma, or situations that contribute to students having disruptive behaviors. Being much more diagnostic and finding what the incidence is to the behaviors are. There’s always something there why students are behaving the way that they are and it could be a number of things,” Kramer explained.

The issue has gained the attention of the State Board of Education. Members presented guidance to schools to be more open with parents about their policies on behavioral and violence issues, and have suggested the administration ask teachers to be a part of the conversation.

“You have to have a conversation. You have to start the conversation about what is it that’s working around here and what’s not working. You also have to invite the parents and the community in. Teachers can take a real big lead in making all this happen, said District 4 State Board of Education member, Ann Mah.

While people we spoke with say there is no one solution, a common thread is open lines of communication.

“We know we can’t address problems if we’re not all talking about the same problem,” said Kramer.

“We probably don’t have enough people in the schools right now. That’s why every year almost every district is hiring more people like that,” added Dr. Harrison.

At least two Topeka teachers we spoke with told us they are leaving their jobs because of behavior issues in the classroom.

Local businesses help students with meals while out of school

Local businesses help students with meals while out of school